From 1992, Jackie Stewart and Martin Brundle in their respective cars at Silverstone. Stewart in his 1973 F1 World Championship winning Elf Tyrrell and Brundle in the 1992 Benneton Ford. Looking like they were moving at quite a sedate pace, it’s closer to 100mph, as these cars overheat very quickly at much less. Which always meant bruised ribs for the photographer…caused by the buffeting whilst hanging out of the camera car roof. I never worked out a way of preventing this. 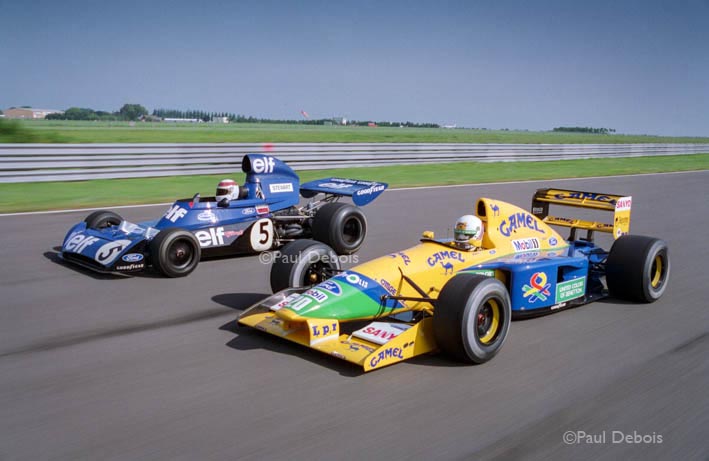