From 6 years ago this week – time flies! I was lucky enough to have two photos selected for exhibition in the Museum of Modern Art in Milan with another British photographer, Nicky De Gruchy, in a show called ‘Small Garden’. And even more lucky as it was from an introductory email found in the spam filter!

Walking along the towpath near Walton-on-Thames whilst waiting for the boats in the Weybridge Winter Head to appear. I couldn’t get wider views to work…too many people, too many boats! 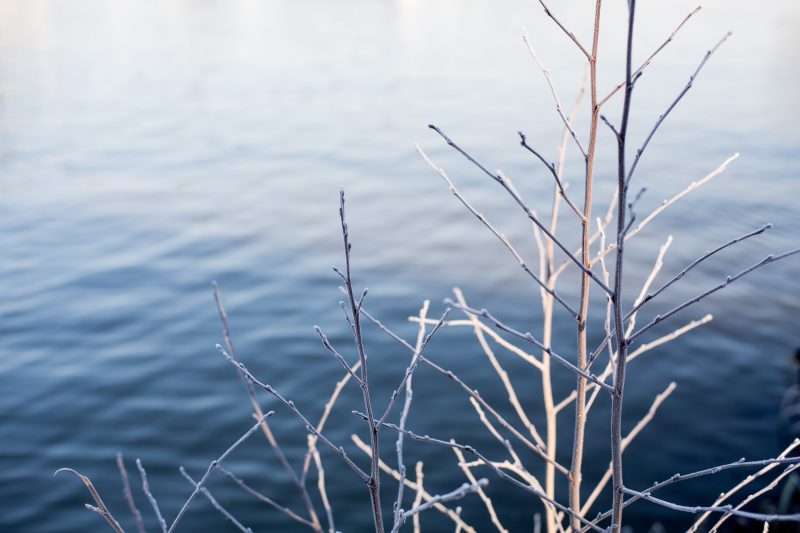 More test shots along the Thames between Mortlake and Kew. Amazing variations in the light over the last two days. 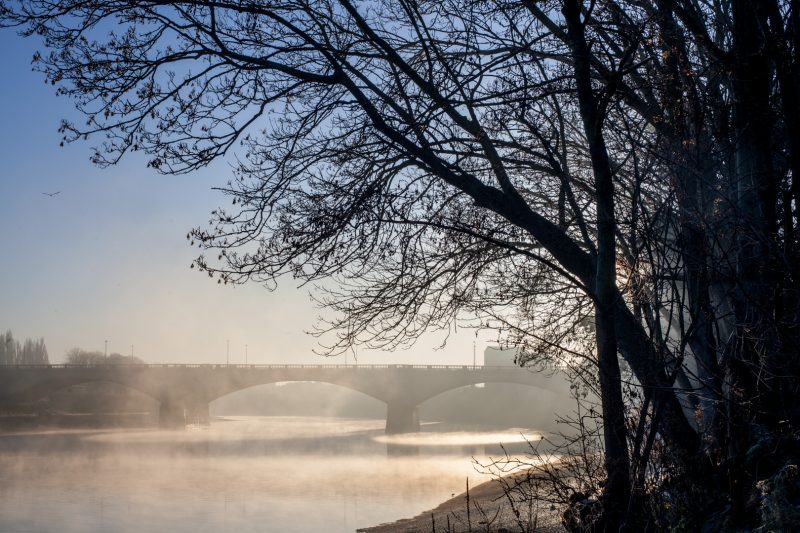 The ‘Contrast the City’ exhibition I have been working on with artist Caroline Underwood, is now open for the next two weeks. Anyone in the vicinity of London Bridge please drop by (Wednesday to Sunday, 11am to 6pm). It’s at The Hide Gallery, 22B Leathermarket Street, London SE1 3HP. 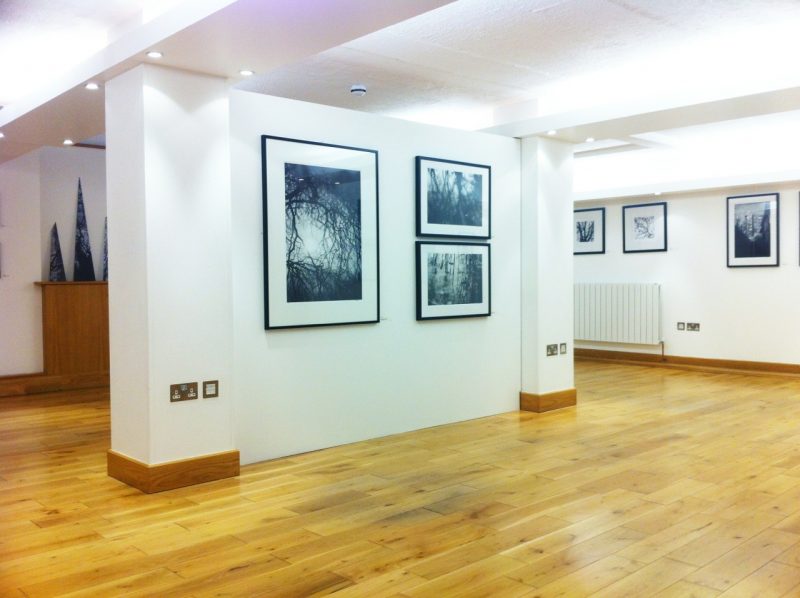 On Friday I hung 10 photographs in one of the galleries at Fulham Palace as part of a small exhibition which will run until early summer. The colour images are from a series which was inspired by fabric designs on a garment called a Mantón de Manila, or Manila shawl, which is worn by Spanish women. For more information see www.pauldebois.com. The black and white images are abstract flower studies from a series called Light and Line.

How easy was it to ‘Photoshop in’ the trees?

It’s strange. In picture terms, people’s perception of reality is often hampered by a literal interpretation. A camera never lies. I suppose this is debatable – the choices a photographer makes when creating an image  can distort  perspective in a particular scene. But this is usually intended to create interest rather than to misinform. Most of the time. In 2009 I had a print exhibited in the Association of Photographers Open exhibition. A moody shot of St Paul’s Cathedral – unusual, but not controversial. Or so I thought. “It must have taken ages to ‘Photoshop in’ the trees,” is the […]

As noted in the post on 30th August, Kodachrome processing finally ceases on 30th December 2010. To celebrate the end of an era, the Association of Photographers are staging an exhibition of work by AOP members taken on this classic film. I heard this week that two of my images have been selected. The exhibition runs from 18th January to 10th February 2011. More information, along with travel details, will be available on the AOP website, though as I write, the announcement has not been published.

Two new exhibitions: Shades of Winter at Fulham Palace, and Red Dot at the Association of Photographers Gallery

There are two new exhibitions where I have photographs on display, both in London. The first, Shades of Winter, is a joint exhibition at Fulham Palace, with photographer Caroline Ames. I have 10 of the Pinhole Impressions series on display (see previous postings) and Caroline has 10 photographs of Fulham Palace, taken last winter. A large version of 43 Gardeners’ Hands is also on display. This runs from 24th November 2010 to 27th February 2011. For more information and travel details, see the Fulham Palace website. The second exhibition is the Red Dot charity auction at the Association of Photographers […]

At the same time I was taking the Pinhole Impressions monochrome series (see previous post), I was also photographing the dramatic coastline near Cape Trafalgar, Andalucia, in Southern Spain. This time vivid colour images were produced, using the same pinhole camera. Around 12 images from this set will be exhibited at Los Balcones del Califa, in the hilltop town of Vejer de la Frontera, Cádiz. The gallery is situated only a few kilometres from the beautiful Cape Trafalgar and the town of Conil, where the photographs were taken. There will also be a limited edition book produced to illustrate the exhibition. This […]

In November 2007 I started experimenting with film again, after a break of several years. More specifically, I was testing a pinhole camera. Digital had become very much the norm for commercial work and I just had a hunch about the effects that  I could achieve using really simple equipment. The black and white photographs I took  at RHS Wisley through the winter of 2007 and 2008 evolved into a project I called ‘Pinhole Impressions’. They illustrate trees and the effect of wind as the leaves begin to fall. This series of  images has just gone on show at Will’s […]