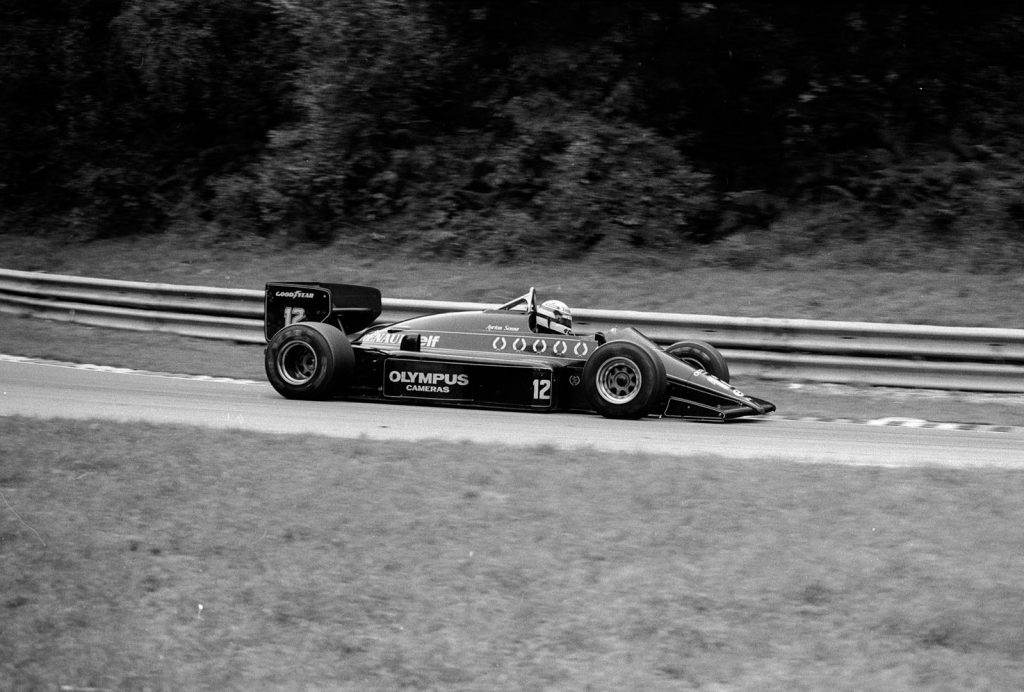 I had a crack at sorting out my office pinboard today. After peeling away layers of post it notes with computer passwords, obsolete account details and phone numbers, the tidy-up revealed a Grand Prix pass from 1985. Scarily, this may well have been there for 26 years. Not sure if it’s a record, but it’s surely worth a shout. 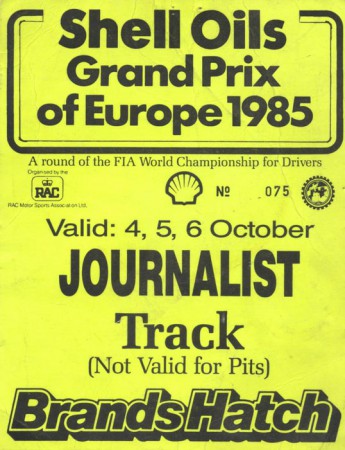 The 1985 European Grand Prix at Brands Hatch was the first race I attended, and, from memory, was my first freelance car shoot. And as the rooky snapper, I was told to stand at the end of the main straight to record the start. With hindsight, it’s probably the last place you want to be – hence me being told to stand there. If an accident is going to happen, that’s where it will be. I nevertheless did as I was told – and was scared witless. Nothing actually happened, but I remember being hit by a wall of heat and showered with tyre rubber. On the fear factor stakes, it’s certainly up there with being buzzed by a Spitfire, lying down at a track in front of Tiff Needell doing 207mph in a Maclaren.

The race saw Brummy Nigel Mansell take his first checkered flag, making it a landmark race for petrolheads. It was also memorable as for me as Ayrton Senna was racing, with him starting on pole. Alain Prost secured the 1985 F1 World Championship by finishing in fourth position.

The support races are always worth a look. Often with slightly less experienced drivers, the action can be quite dramatic. I was talking to a group of marshalls the day before, watching a Renault Alpine race, when I was suddenly aware that they were no longer standing next to me. Not only were they not there, they had jumped into a dip in the ground, and were screaming at me, to get f*** out of it. A car was running wide, and it took off, ploughing into the tyre barrier next to me. One very early lesson – if the marshalls run, so do you. The photos are full frame so it was closer than one would have liked. No idea who this unfortunate fellow was, but he emerged unscathed, with only a dented ego – and possibly without a contract the following season!