The last time I attended  a demonstration was as a student in 1981, when I took photographs at a CND rally held in Trafalgar Square. Yesterday I returned to join hundreds of  photographers protesting against the police use of Section 44 of the Anti-terror law, which allows officers to stop anyone they consider to be carrying out actions that could be used to aid terrorist attacks. Unfortunately this seems to  include many photographers lawfully carrying out their work.

It was all good humoured, with an organized group photograph. At the count of three, each photographer took shots of the crowd of snappers opposite – with oft heard press call banter, “This way for Associated Press,” or “One more for the Mirror.” Corny in-jokes were allowed! Hopefully it will give more publicity to the campaign, which has high profile supporters in all political parties.

The government is currently appealing against the European Court of Human Rights ruling that the random searches carried out under Section 44 are indiscriminate. We shall see.

For further information see  I’m a Photographer, Not a Terrorist! 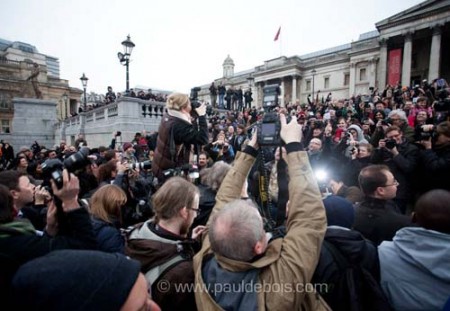 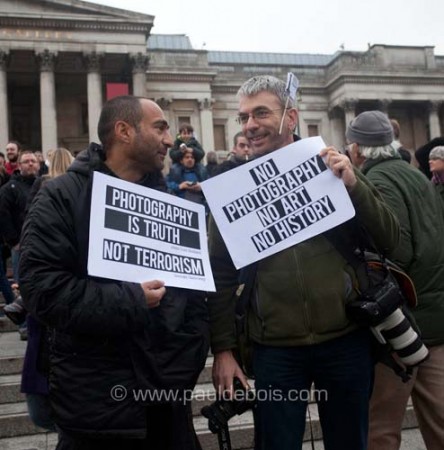 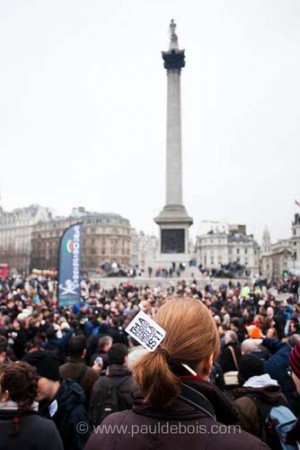