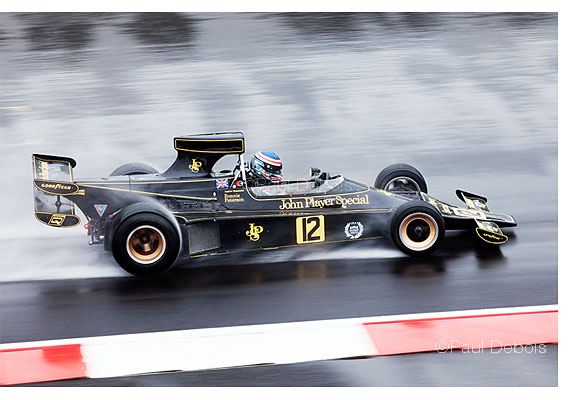 As always, the support races bring out historic cars which included the beautiful Ronnie Peterson Lotus 76 JPS (above).

Below are three generations of Marborough, Marlborough-Mclaren, Mclaren-Mercedes cars from 1973, 1982 and 2012 respectively. I’m not sure it’s strictly correct to group these three cars together, but it does show the evolution of styles from the early 1970’s.

Pérez took a minor excursion here, and apart from a slightly dented ego, probably escaped with nothing more than a ‘what the bloody hell were you doing’ warning from the team principal.