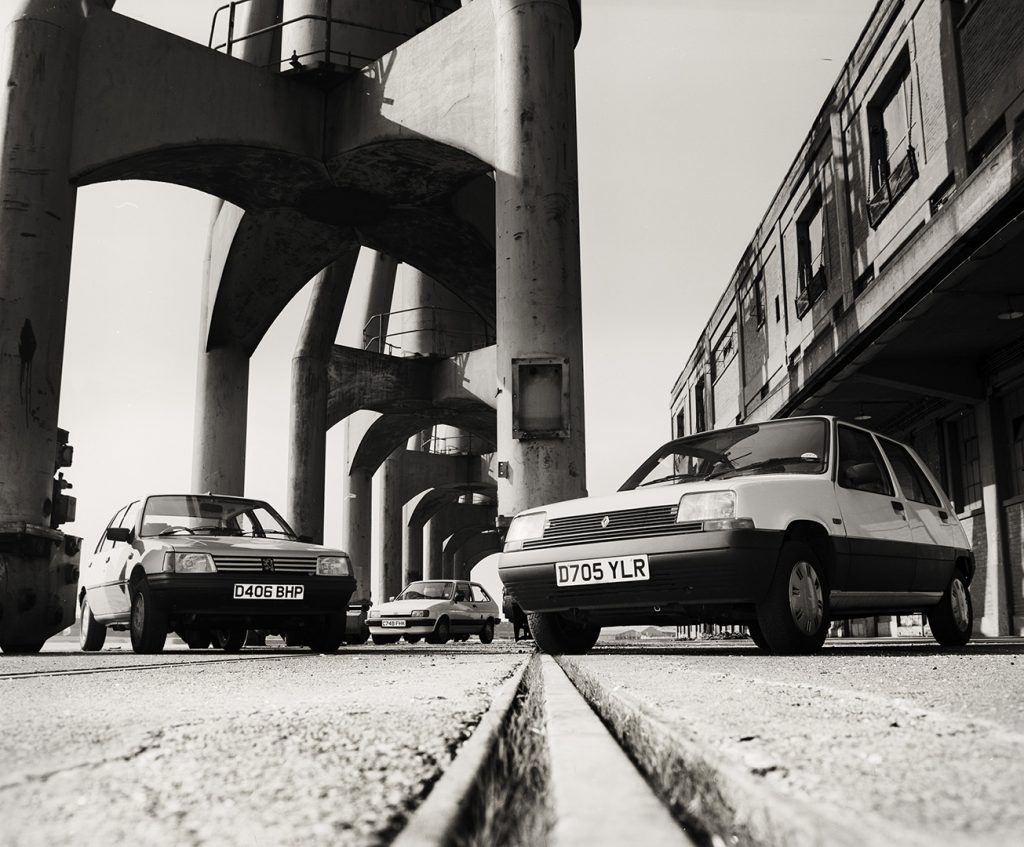 Taken for “What Car Magazine” in Docklands as demolition work was just starting. It was a busy location, as The Smiths were two units along from us filming a video for their song “Ask”. The ‘obstructive geezers’ who are often present at film locations, wouldn’t let me near with my camera. They said Morrisey isn’t here anyway. Which was probably true!