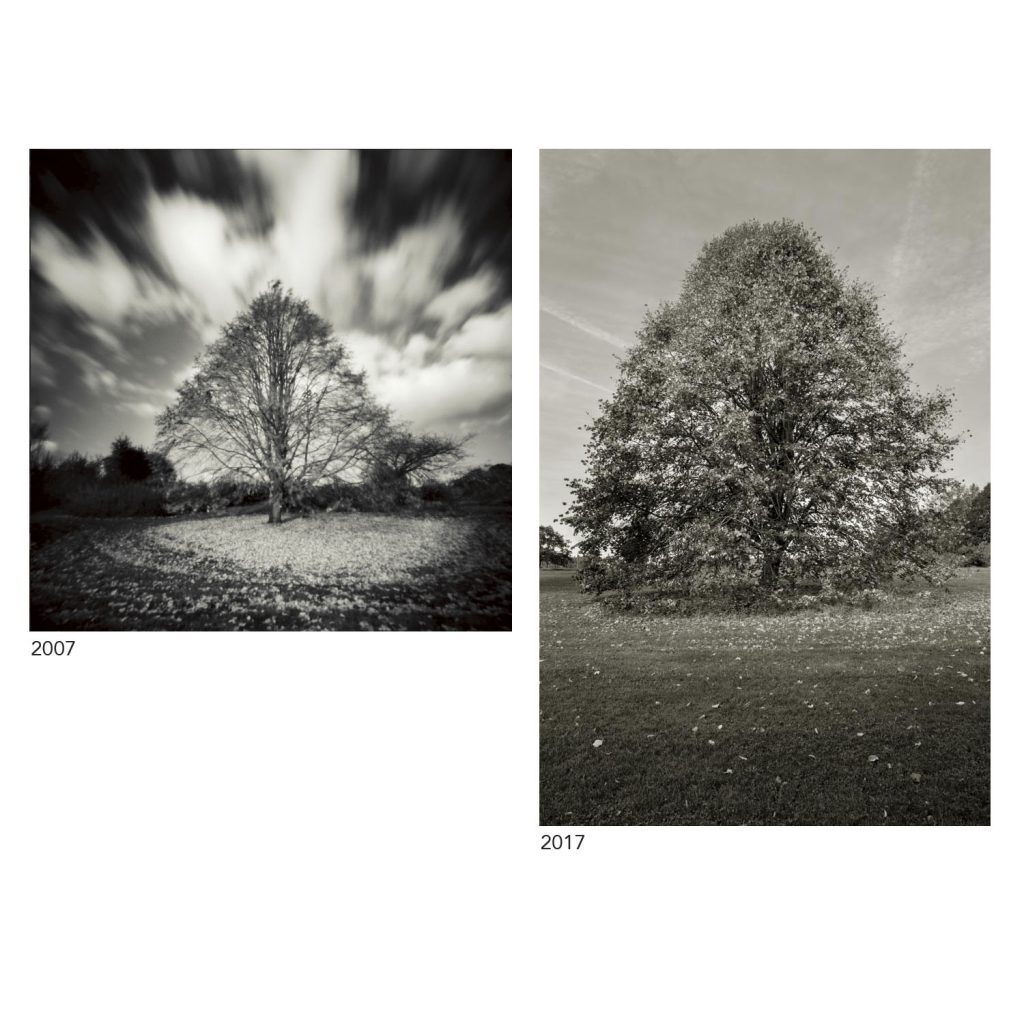 In 2007 I took photographs for a folio called ‘Pinhole Impressions’, which is a record of trees at RHS Wisley using a pinhole camera. I was lucky enough to have this exhibited at both Kew and Wisley at the time. 10 years on, some of these trees are under threat from the proposed development of the M25 and A3 road junction. With the help of the folk at Wisley, I have started a new project with the working title ‘The Old Men Of The Woods’ recording some of the 500 trees that could be lost. Some are rare, some are of great age, possibly 250 years or more. Either way, removing them would be a great loss. I have uploaded six images to my website, and more will follow in the next few weeks, as I edit the files taken so far.
The photo on the left is a Tilia tomentosa or lime tree taken in 2007, which forms part of the Lime Tree Avenue. The photo on the right is the same tree today. This Avenue is under threat.

The Old Men Of The Woods